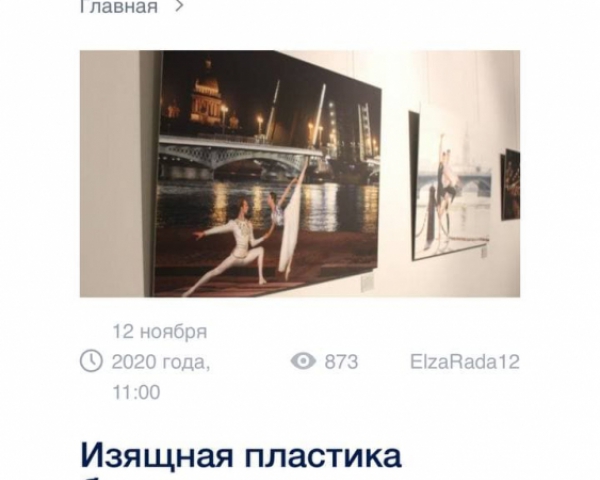 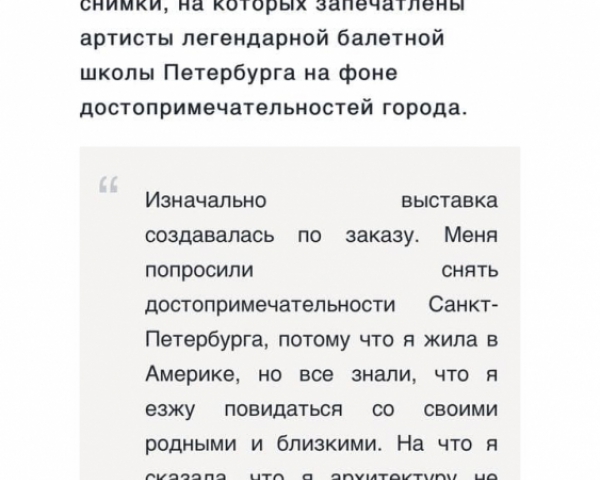 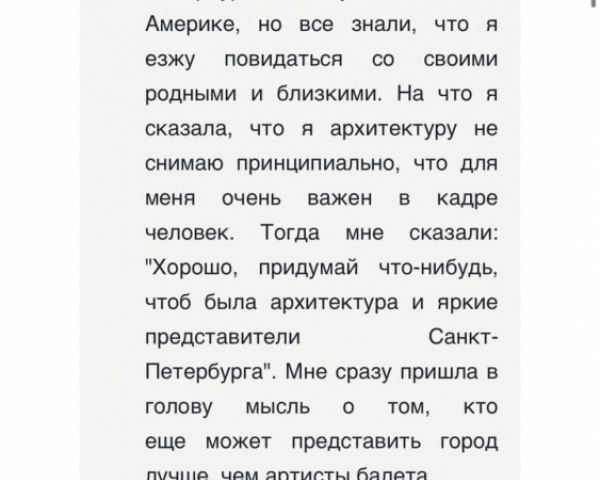 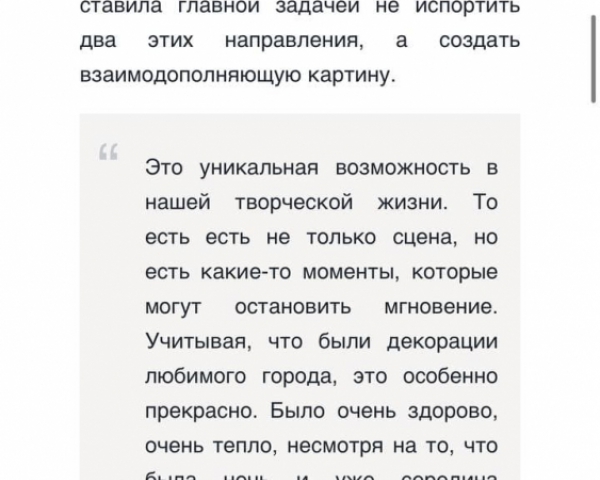 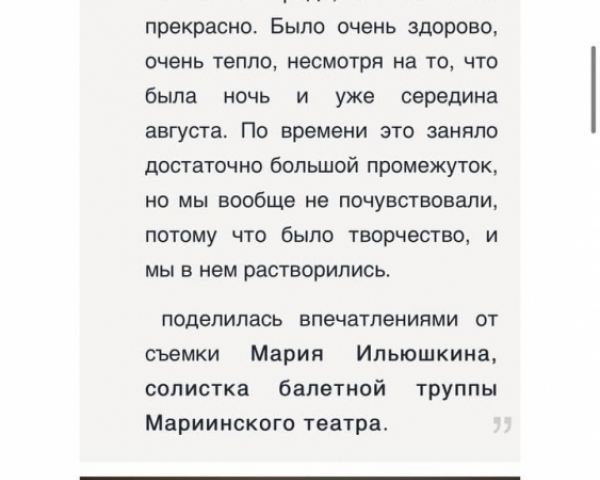 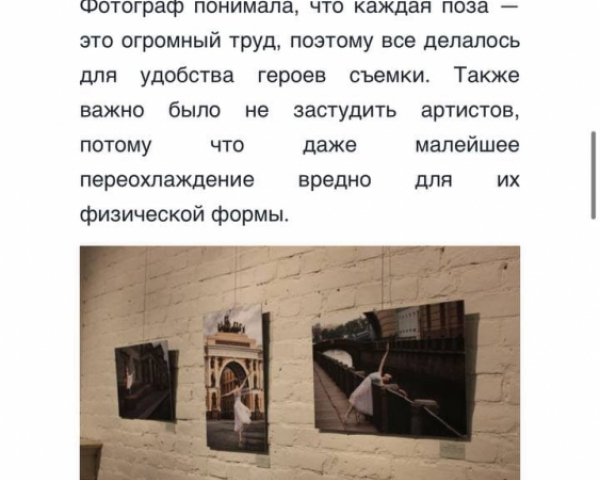 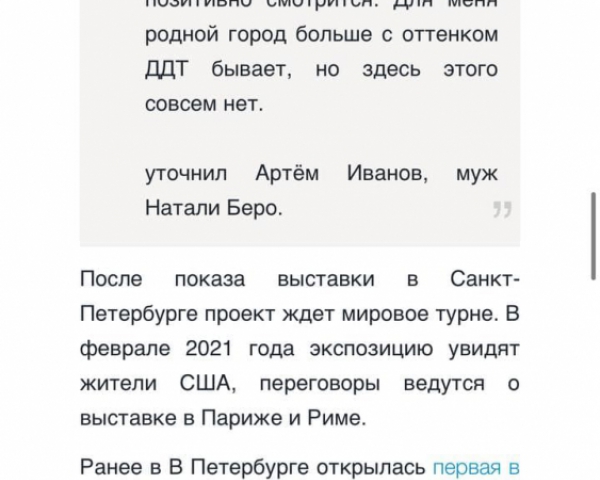 Information Portal of Saint-Petersburgh in the format of Internet Television Piter.tv

The Gallery Molbert will witness the exhibition of an internationally acknowledged photographer Natalie Bero Classical Saint-Petersburgh on November 12th – 15th.

Natalie Bero says: “Initially, it is to have been a pre-ordered exhibition. I was asked to shoot the landmarks of the city because when I was living in the States everybody knew that occasionally I go to visit my relatives and close friends. But I answered that I was not interested in architecture as the most important for me is the person in the camera. Then I was told: “Ok, make something up to join together architecture and prominent people of Saint-Petersburgh. And I thought that nobody could represent the city better than the artists of the ballet.

The exposition has been created since 2017, but the latest shots have been made this year. The photographer strived to show the bond between the dancers and architecture. The beauty of the city and the gracious tenderness of the ballet is both self-sufficient. So, the main target of Natalie was not to ruin these directions but to support harmonic synergy and mutual interaction.

Maria Ulyushkina, lead dancer of the Mariinsky Theatre: It is a unique opportunity in our artistic life. I mean that not only the stage can halt the moment. And when we understand that they can be the decorations of the beloved city only makes it more beautiful. It was great and really warm even though it was an August night. It took a lot of time but we didn’t sense it as it was the Art and we were carried away with it.

Natalie explained that she tried to calculate all the details. First, she examined all possible locations, trying to see lighting, different angles, points where the artists could be placed. The photographer realized that every setting is an elaborate task so all was done for the comfort of the dancers. It was really important to keep them healthy because even a small cold could be dramatically harmful to the fit and health.

Artem Ivanov, Natalie Bero’s husband points: “It has become a revelation to me that here Black Dog Petersburg looks positive. As for me, the native city is DDT-like but I can’t see it in the photographs.

After the exhibition in Saint-Petersburgh, the project is to set off for a world tour. It will be demonstrated in the USA in February 2021. It is planned to present it in Paris and Rome.

Text and photo by Darya Ivanova.